LEAF recognizes District 742 alumni who have applied the well-rounded K through 12 education they received to lives of achievement and purpose. This year we are highlighting three individuals who are giving back to their communities in ways that inspire and help others as they were inspired and helped by the kind of programs that LEAF supports. 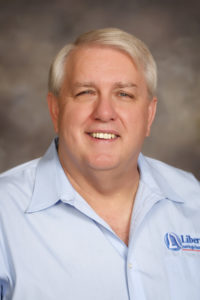 St. Cloud businessman Mark Bragelman exemplifies the role of community leader and community banker. He’s proud to say, “I have lived in the city limits of St. Cloud every day of my life,” and his neighbors are proud to say he has lived by Central Minnesota values in his tireless community work and in his role as president and CEO of Liberty Bank Minnesota.

Those values were honed in District 742 classrooms K through 12, and he continues to support those classrooms and district student activities through generous giving to the LEAF Foundation. He was graduated in Apollo’s class of 1974 – the first four-year class to spend all four years at the new high school. His 41-year career with Liberty, started a year after graduation, has seen the company grow from a single small downtown bank with about 1,000 customers to six locations with more than 30,000 customers, many with Liberty mortgages that help keep Central Minnesota neighborhoods humming.

Through Mark’s leadership, Liberty Bank has supported many community activities, including the Liberty Block Party that began in the mid-80s and has been a highlight of first Wheels, Wings and Water, then Granite City Days. He also has been active in civic leadership and service on regional and national building and finance boards. He has been honored multiple times as Affiliate of the Year by the St. Cloud Area Association of Realtors and Central Minnesota Buildings Association. Mayors and City Councils declared “Mark Bragelman Day” in St. Cloud on July 7, 1995, and April 27, 2015.

Mark and his wife, Cindy, have two daughters, Apollo graduate Kacey and Hannah. 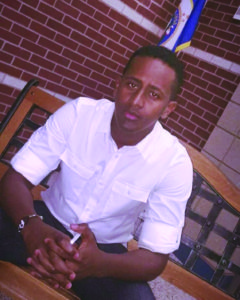 As executive director of the St. Cloud Somali Youth Organization, Farhan Abdi works with four staff members and 30 volunteers to help empower St. Cloud youth to live up to their potential and become positive, contributing members of society.

“We try to unite them and make a difference for this community, to make a community where the children and the youths of this community have a bright future,” said Farhan, who began his work while a student at Apollo.

“We encourage them to obtain higher education degrees, to participate in the arts, and to avoid negative influences such as drugs and gang activities.” said Farhan, who knows first-hand the challenges the youth he works with face. “Being raised by a mother of seven children wasn’t easy for me, especially in a country of full of violence and crime, but I had to work through it eventually” he said. “We came to Minnesota in this country of peace where dreams come true. Going to Apollo high school it was one of the best experiences I had, going to school with people from different cultures and different beliefs. I worked hard and the only thing I hold on to is what my high school teacher told me, to never give up on my dream.”

Farhan volunteered for district 742, mentoring kids and showing them to stay off the streets through LEAF-supported programs. “Being the first kid in my family to graduate from high school was an honor,” he said. “It made me feel special, it meant so much to me.”

Farhan and some other community people who had great ideas and wanted to make changes decided to create the St. Cloud Somali Youth Organization. “I like doing this because I like helping my community and I want see a better future for these youths,” Farhan said. “As time goes by and people notice our great efforts for the community we hope to get more members,” he said. “A journey of a thousand miles begins with one step. We’ve got a lot more steps to make.” 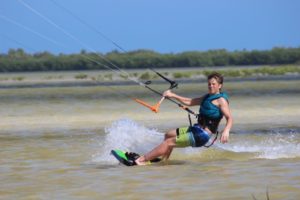 Nick Ruchti’s winning experience with a Skills USA Team while a student at Tech High School has been a key element in his academic and extracurricular success at the University of Minnesota.

Nick’s Tech team competed in the entrepreneurship division of Skills USA, developing a business plan for creating an enterprise that utilizes the visual and physical attraction of the newly emerging sport of flyboarding, one of the intense water sports that he is so passionate about sharing with others. The team first competed at state in Bloomington and won there. In order to go on to nationals in Louisville, KY, they needed to fundraise in order to make the nationals trip a possibility. “LEAF played a huge part in enabling us to make the trip,” he said. “The experience was invaluable.”

“When I was younger, I always enjoyed building things; catapults, airplanes, boats, tree forts among other things,” Nick said. “In school, I excelled in math and science and owe a lot of my success to my teachers. His love for and skill at building things led him to pursue a degree in Mechanical Engineering at the University of Minnesota.

“The rigor of college was definitely more intense, but with all my advanced placement classes at Tech helped me make the transition and allowed me to succeed academically in my first year, making the CSE Deans list for both fall and spring semesters while also meeting new people and enjoying new experiences,” he said.

Outside of school Nick spends a lot of time pursuing his passion of intense water sports, including slalom skiing, wakeboarding, flyboarding, and kiteboarding.  “I compete annually in barefoot waterski tournaments and also in snowkiting races, and currently I’m in the process of starting a kiteboarding club at the U of M so other students can find enjoyment in what I like to do as well,” he said. “For me, it’s all about pushing the limits, meeting new people and having fun while doing so. I like trying new things, I like the challenge and I enjoy helping others. I know I haven’t gotten where I am in watersports or academics alone, so I revel in the opportunities I get to help people progress.”